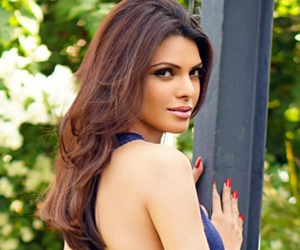 Sherlyn Chopra is an Indian actress plus model who has acted in many Bollywood movies. Of late, her name has become a buzz word due to her association with the ‘Playboy’ magazine and her role in connection to that magazine. She was born on February 11th and is an Aquarian by virtue of her date of birth.

Moon has a dominant influence on Sherlyn’s natal chart thereby giving her personality an inherent charm, allure and authoritativeness that could turn heads easily. Also, her personality shows traits like ambitiousness, assiduousness and trustworthiness.

For Sherlyn, reaching the pinnacle of success in career is a priority and she is highly ambitious regarding that. She tends to turn competitive easily and does everything within her reach to get name, fame and success in her career.

Sherlyn Chopra has been under the anvil of criticism for a long time because of her bold and rather controversial roles in many of the career projects she has handled so far. Her ‘naughty girl’ image has been exhibited many a times in the various movies, TV shows and discography projects she has been associated with. Thus, it can be said that in her boldness lies her distinctness and she has definitely achieved a unique niche of her own by being the ‘naughty girl’

Sherlyn looks for a partner whose thoughts are compatible with hers in almost every way. That is in fact her concept of a ‘soul mate’. In a committed relationship or in her wedded life, sherlyn will indeed make an awesome partner…

In money matters, Sherlyn is skillful enough. She can manage her finances and handle her money in the most efficient ways. Also, she is adept in financial planning and can be very expert with the execution of such plans.

If Sherlyn suffers from any sort of health ailment, that’ll mainly be the result of dearth of sleep. Sleeping adequately plays an important role in her overall health and well being. Thus, she should make sure to sleep sufficiently each day.

Sherlyn Chopra is an Indian actress plus model who has acted in many Bollywood movies. Of late, her name has become a buzz word due to her association with the ‘Playboy&rsquo...