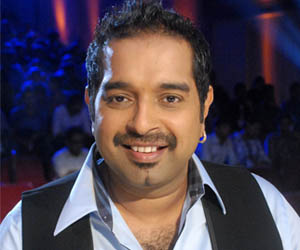 Shankar Mahadevan is a famed playback singer of our country who started his singing career with a distinct singing genre; ‘the breathless’ songs and later stepped into the other conventional vocal music genres too. He is an important part of the well-known, contemporary musical trio group, the Shankar-Ehsaan-Loy group. He was born on 3rd of March and is a Piscean native by virtue of his date of birth…

He is attracted towards career options where he can explore himself at a creative level. He wishes to derive a sense of self-worth, satisfaction and accomplishments from his career domain and thus is drawn towards vocations that give him all that.

Playback singing was in fact redefined with the renditions of Shankar Mahadevan. He embraces the contemporary flavor perfectly by punching western notes with the Indian classical form of music and the net result is simply amazing. Some of the notable awards he has achieved so far include GIMA Awards, Nandi awards, IIFA Awards, Film fare awards, Guild awards etc

He is drawn towards partners who value his sense of independence along with their own. If someone encroaches upon his personal space, he may not entertain that much. He loves to enter into bonds that are deep and long-lasting

He is not money-minded and hence procuring a lot of wealth for himself is never his priority. Also, he finds saving money for the future quite an intimidating job and loves to enjoy the luxuries of life through unrestrained spending at times.

He is active in mind and body and is likely to have good fitness levels provided he can exercise control over his mindless eating impulses. By packing in needless calories, he may also pack in needless pounds and then suffer from obesity related disorders.

Shankar Mahadevan is a famed playback singer of our country who started his singing career with a distinct singing genre; ‘the breathless’ songs and later stepped into ...