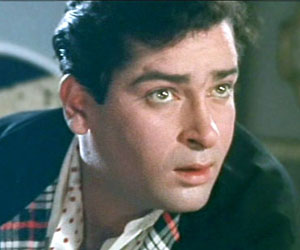 Shammi Kapoor, a movie actor of the Bollywood Indian movie industry plus an adept movie director was often looked upon as Indian cinema’s superstar. He belonged to the famed Kapoor family and has gifted the audience with numerous super hit movies. He became the talk of the town for his unique acting style and versatility. He was born on October 21st and is a Libran by virtue of his date of birth

Planets venus and Jupiter throw their impact on the personality giving him certain specific traits and characteristics. Under these planetary influences Shammi kapoor had turned out to be an extremely futuristic and optimistic individual with a good sense of humor

Shammi kapoor’s versatility is the key reason behind the career success he has achieved in his life. Thus no vocation or role had ever been perturbing for him. He had taken every challenging role as a mode to explore the sea of fathomless talent that he was naturally born with

Financial security and stability always befriended him in his lifetime. His financial wisdom and family heritage had always allowed him to maintain a steady source of income all through his life. However, temporary upheavals were caused by sudden spending impulses that he occasionally suffered from

Health and fitness is a shaky domain for him. His craze for the wrong foods could make his health flag heavily. Obesity issues and digestive disorders are ordained for him by his stars

Shammi Kapoor, a movie actor of the Bollywood Indian movie industry plus an adept movie director was often looked upon as Indian cinema’s superstar. He belonged to the famed ...