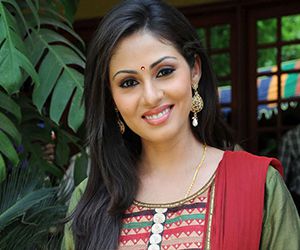 Sadha is a well known actress of the Indian movie industry and her works are focused mainly on Telegu as well as Tamil Films. She was born on February 17th and is an Aquarian by virtue of her date of birth…

Planets Uranus and Saturn act upon the natal chart of Sadha making her what she is as a person.  Under these planetary influences she comes to have an innate thirst for ambition and that inner drive leads her towards name and fame as she is able to achieve success over all the life challenges

A suitable career option for Sadha would be a job or career task that puts her within the attention of the public; but it may be possible that deep within her the yearning to chase a private vocation  may take the control over her and lead to mental tussles

Sadha’s acting skills have made her a popular among her fans and she acquires a distinct place for herself in the South Indian movie industry. Among the various awards and rewards she has achieved, the most notable is the Film fare award for best actress

When it comes to the relationship domain she always seeks for perfection. Her idea of perfection often touches the lofty levels and thus poses difficulty in finding an ideal mate for her. Thus, getting into ties or bonds isn’t easy for her…

Her domain of money seems to be problem-free and financial stability rules over it all the time.  She maintains a quite frugal approach when it comes to handling money and that definitely works to her favor.

Stress may take a centre stage in her life all through and stress-related health issues are always on the cards for us. Thus, she must adopt some effective relaxation techniques and alternative therapies to get respite

Sadha is a well known actress of the Indian movie industry and her works are focused mainly on Telegu as well as Tamil Films. She was born on February 17th and is an Aquarian by vi...