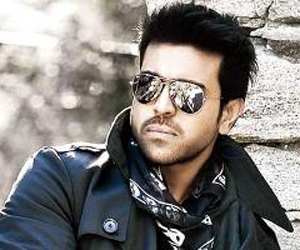 Ram Charan Teja seems mysterious and different. People see him as serious and studious. Ram is highly independent and self-sufficient. His acceptional intelligence and wisdom are quickly noticed, and people respect him. Teja is not one to attract people on the basis of his warmth or compassion - though he may be loaded with both - but because of his obvious insight into life's mysteries.

Even though Ram Charan was born with a silver spoon in his mouth, he has made a successful position in the film industry of telugu land. He has worked and is working in great movie ever since his debut. He has endorsed some leading brands in Andhra and Telgana.

Ram Charan lives a lavish lifestyle with his wife as both of them are highly successful in their respective career field. He owns a lavish bungalow in Hyderabad, but has shifted to another recently bought home at Bandra in Mumbai to boost their careers.

Ram Charan was born in Chennai to Telugu actor Chiranjeevi and Surekha. He has two sisters. He is the cousin of Allu Arjun, Varun Tej and Sai Dharam Tej. Charan got married to Upasana Kamineni, the vice-chairman of Apollo Charity and chief editor of B Positive magazine, in Hyderabad on 14 June 2012.

Ram Charan Teja is recognized as spiritual and religious, with his very own ideas regarding the purpose of life and the Creator. He is conscious about his health and his families. He is evidently healthier than ever. He is happy and peaceful with how his life has turned out to be.

Ram Charan Teja is an Indian film actor from Telugu Cinema and an accomplished equestrian. Born to Telugu actor Chiranjeevi, he made his debut as lead actor with the film Chirutha ...