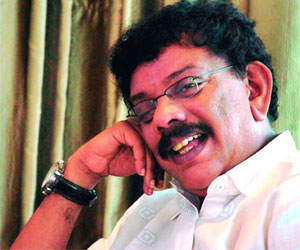 Priyadarshan is a film director, screen writer plus producer of the Indian movie industry. His career has spanned for nearly 3 decades and in his career he has directed more than 90 movies. He was born on 30th of January and is an Aquarian by virtue of her date of birth

Planetary configurations on the natal chart of Priyadarshan makes him what he is as a person. Intellectuality, confidence, wit, sound communication skills and remarkable leadership traits are some of the chief attributes of his personality

Priyadarshan likes to be in a career or work project where he has all the scope to exercise his imagination, creativity and will to the fullest and leave an indelible mark on all around

Priyadarshan is one of the most successful directors of the south Indian movie industry. His brilliant career has made him achieve some very renowned awards such as Padma Shri, Kerala State Film Award, Asianet film award, National film award etc

When it comes to the relationship domain, he shows dedication and sincerity towards his near and dear ones. But getting emotionally involved does not come easy to him and takes quite a lot of time

Money matters can be handled in an adroit way by him though he believes that money is not everything in one’s life. But his balanced approach towards spending or earning money helps him to avoid major financial doldrums

In terms of health he is naturally blessed with vitality and a robust body. But too much of stress and overstraining may throw his mind and body out of sync from time to time. Optimum sleep and a timely nutritious diet can help him improve.

Priyadarshan is a film director, screen writer plus producer of the Indian movie industry. His career has spanned for nearly 3 decades and in his career he has directed mo...