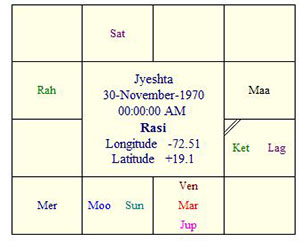 The queen of glamour, Mehr had been the winner of the former Miss India beauty pageant contest and is one of the country’s top rated super models. She was born on November 30th and is a Sagittarian by virtue of her date of birth

Mehr’s personality is thoroughly crafted by the astral impacts of planet Jupiter. Under this planetary influence she turns out to be a very receptive individual with a kind heart and enticing eloquence

Mehr looks for adventure, challenges and excitement in her professional arena. She hates monotony at work place or in work pattern and always looks for an interesting project to appeal to her enthusiastic mind

Mehr’s achievement domain shows great promise and that’s the reason she has been able to make a distinct place for herself in the world of beauty, glitz and glamour. She enjoys the position of being the country’s first generation supermodel and had also achieved the Femina Miss India Contest crown in the past

Mehr attaches great value to the relationships of her life. Her warm approach endears her to her close ones and she has an immense capacity to instill courage, confidence and energy in a friend who needs her helping hand

Mehr is blessed with a good money earning luck but her proneness towards spending money frivolously may put her finances at stake quite often. She lacks financial wisdom and needs the guidance of an expert all the time

Mehr’s health domain is greatly influenced by her conservative health approach. She is fod of eating right and following the right lifestyle and that guarantees good health for Mehr most of the time

The queen of glamour, Mehr had been the winner of the former Miss India beauty pageant contest and is one of the country’s top rated super models. She was born on November 30...