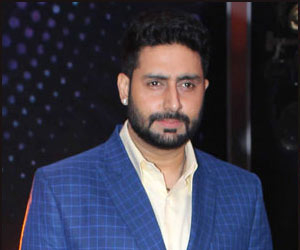 Abhishek  Bachchan perhaps needs no introduction. The fact that he is son to Big B, Amitabh Bachchan and Jaya Bachchan, naturally puts him high on the fame meters. But he is also famous for his own self. He is a good actor of the Bollywood movie industry and also an adept producer plus playback singer. He was born on February 5th and is an Aquarian by virtue of his date of birth

Planet Mercury rules over the natal chart of Abhishek Bachchan making him what he is as a person. Under the planetary influence of Mercury he turns out to have a natural inquisitiveness, compassion, helping attitude and great communication skills

Abhishek is career-oriented and that shows best when he gets a project or task of his choice. He experiences a sudden spurt of energy and puts his heart and soul into the work. He has great abilities to better himself at work through constant learning and innovations

Being the son of two veteran actors of the movie industry, Abhishek has acting in his genes. He is a born actor who ushered to limelight due to his superior acting skills. Awards and accolades come to him quite effortlessly. Some of the awards he has achieved so far include IIFA Awards, Film fare awards, Stardust awards, Zee cine awards, Screen awards, Guild awards and many more.

When it comes to personal or rather intimate relationships, Abhishek values privacy a lot. He tries to avoid any sort of emotional tantrum with his loved one and feels invigorated when involved in a long term, committed relationship

In money matters, Abhishek is rather naïve. He lacks the much needed shrewd financial mind and does not do much well when it comes to budgeting, saving and making financial plans. Taking financial guidance from others may help him out.

Abhishek often over exerts his mind and body and that leads to endless stress for him. Mental stress and anxiety may take a toll on his physical health making him suffer from bouts of depression and insomnia

Abhishek  Bachchan perhaps needs no introduction. The fact that he is son to Big B, Amitabh Bachchan and Jaya Bachchan, naturally puts him high on the fame meters. But he is a...